There is (almost) no such thing as a “world record” in open water swimming. 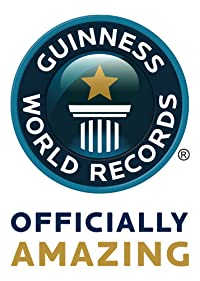 Open water swimming is, in most cases, not comparable across different contexts. And isn’t that a good thing? Isn’t that, at some level, why most of us are drawn to open water in the first place?

A swim from Santa Rosa Island to my hometown of Goleta is not meaningfully comparable to the Manhattan Island Marathon Swim, despite both swims being 28 miles.

There’s a reason FINA hires surveyors to measure pools for international-level swim meets. There’s a reason there are wind-speed gauges at big track meets: So the courses are comparable, regardless of the location. So world records can be authenticated.

So why do some open water swimmers claim world records?

I have learned about thousands of new swims, new swimmers and new bodies of water around the world. I literally have thousands of swims that I have yet to input in the WOWSA database. Every one of these swims and swimmers should be recognized and, frankly, I think calling the swimmers a World Record Holder is cool and uplifting. They often take that recognitionand share it with their family, friends, coach, co-workers and local media. The recognition not only helps educate non-swimmers about the swimmer, but also about our sport. Many will argue that such swims should not even be called a record (national or course). I can understand their opinion, but I would rather elevate the swimmer and their efforts to something more grand and publicly eye-catching.

For the publicity. For the attention.

Now, remember I said almost. I can think of two possible “world records” in open water swimming. But only two.