For our metric system friends, a sub-100 day conveniently converts to a sub-20C day, precisely.

Like much of the western U.S., San Francisco has been experiencing a bit of a cold snap lately. This morning at Aquatic Park we had 51-degree (10.5C) water combined with 37-degree (2.8C) air, for a combined total of 87 - which, I think, is a new all-time low for me.

I swam with my 6:30am group for our typical 45 minutes. Tellingly, the South End men’s showers were already running lukewarm when I arrived.

The concept of a “sub-100 swim” derives (as far as I know) from fellow South Ender Gary Emich. On his way to 1,000+ Alcatraz crossings, Gary noticed that 100 degrees combined air+water was a threshold below which his morning swims with the ASSes (which often include a dripping-wet post-swim RIB ride) became rather… challenging.

I’ve suggested on the Forum that one way to quantify how cold you are after a swim is to time how long it takes to re-warm in the sauna.

I discovered another method this morning: How many attempts does it take for me to open the combo lock on my locker? I wonder, by February will I have to ask for help? 🙂 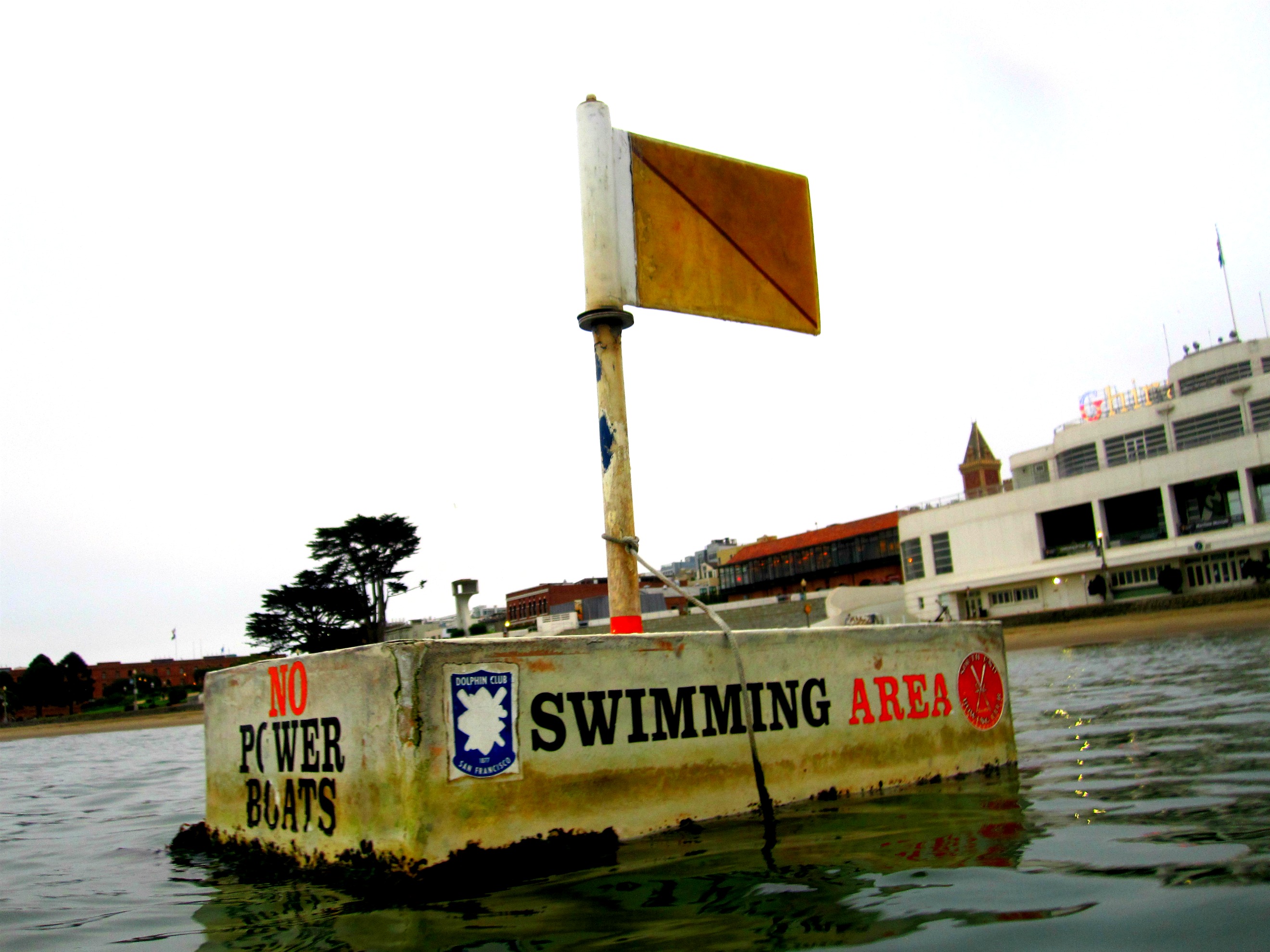