The NYC Swim website has MIMS results as far back as 1915, but the modern version of MIMS as an annual marathon swim race began in 1982, when Drury Gallagher founded the Manhattan Island Swimming Association.

The chart below shows every MIMS finishing time from 1982-2010 (black dots), along with the slowest, fastest, and median time of each year (blue, green, & red lines, respectively). Only participants in the annual MIMS race are shown - no solo attempts (e.g., Shelley Taylor-Smith’s record swim of 5:45 in 1995).

The next chart compares the average MIMS finishing time over the years for Men vs. Women: 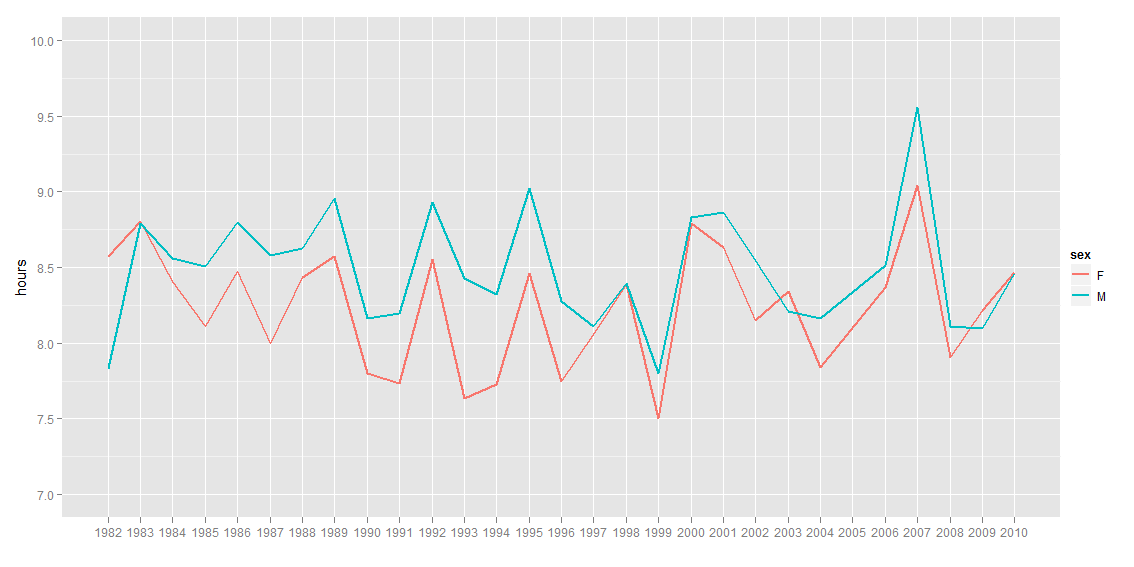 Interestingly, the average female MIMS finisher was faster than the average male in about 80% of the years. Men were faster only in 1982. (The remaining years are statistical ties.)