In contrast to politics, religion, and proper front-crawl technique, some issues are black and white. Some “debates” are not actually debates, but rather, cases in which a single correct answer exists, but some folks haven’t found Jesus yet.

The occasional confusion over Lap vs. Length is one of those cases.

In a swimming pool, “lap” is synonymous with “length.”

In common usage, a “lap” means a completion of the course. In a pool, the “course” is the pool itself, from one end to the other. Therefore, a lap is one length.

Some people think a “lap” is two lengths of the pool. They are wrong. In an Olympic-size 50-meter pool, one lap is 50 meters. In an American short-course 25-yard pool, a lap is 25 yards.

I didn’t always see eye-to-eye with the late, great Terry Laughlin, but here we agree: the notion that a lap is two lengths of the pool may derive from a false analogy to looped tracks such as those in running, horse racing, and car racing.

In running, you complete a lap by circling a track — which brings you back to where you started. That seems to have influenced many people who are new to swimming to think you need to return to where you started in order to complete a lap. Swimming is different. You swim a straight, not looped course. But in swimming, as well as running, completing a LAP means completing the COURSE. 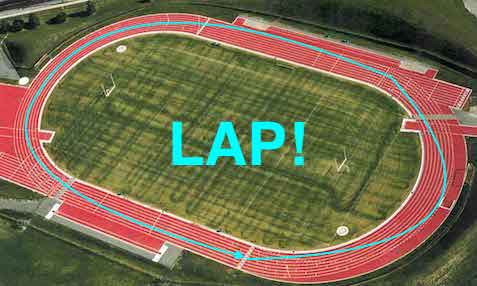 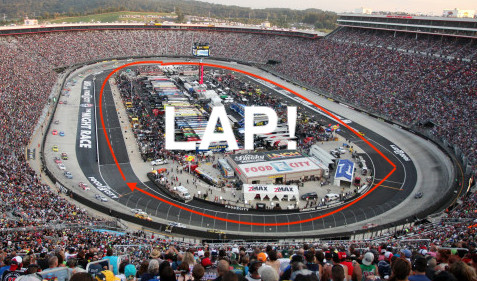 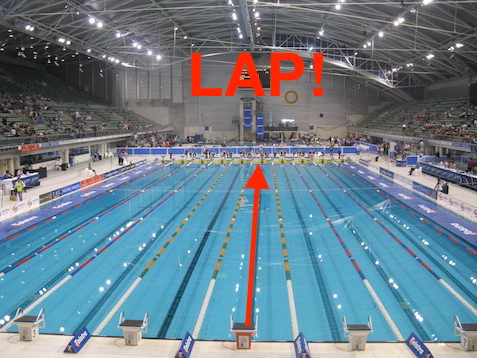 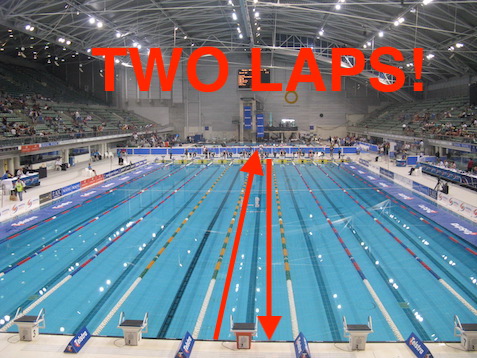 Steven Munatones writes (note, this was published two days after the present article):

Lap = length in my opinion.
I think the curve of a turn on the race tracks is a significant difference. In a pool there is no difference in what happens between odd lengths and even lengths.

Again, this is not a real debate among experienced swimmers. But don’t take my word, or Terry’s word, or Steven’s word, or Mark’s word for it. The NPR podcast How To Do Everything does an entertaining investigation of the issue.

A father of an 11-year old competitive swimmer calls in, hoping to resolve a disagreement with his son about how many lengths are in a lap. The father thinks a lap is two lengths. Listen:

(If the audio controls don’t work in your browser, go to this link. The segments starts at about 4 min, 37 sec into the podcast.)

Then the hosts interview the son (Henry), who has been taught correctly by his coaches that a lap is the same as a length. Listen:

Natalie is quite clear:

If you polled Natalie’s peers on the U.S. National Team (or any other national team), 100% of them would say the same thing. Incidentally, Natalie also makes the important point that experienced swimmers don’t talk in terms of “laps” or “lengths” - they refer to distances. Four laps/lengths of a long-course pool is simply: “a 200.”

Now, at your local lap pool among casual swimmers or triathletes, you may hear different ideas, creating the appearance of a “debate.” It is not a debate. Sorry!

Sadly, even the Oxford English Dictionary confuses the issue:

A stage in a swim consisting of two lengths (or one length) of a pool.

The OED entry may be citing common usage, but unfortunately, one of these usages is incorrect. If a lap is “two lengths or one length” of a pool, then the word is meaningless. 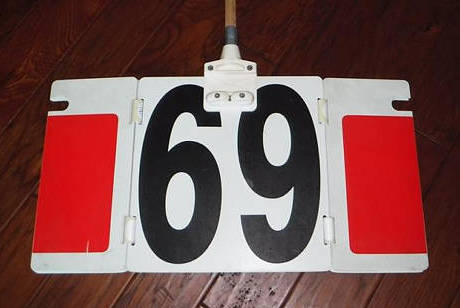 Here is a device used in pool-based distance events such as the mile. It is called a lap counter. Why? Because it counts laps (which are the same as lengths).

What would you call a 50m sprint in an Olympic pool? This is one lap. Nobody ever calls this “half a lap.”

In general, we can define a “lap” as the completion of a basic, indivisible course. In a pool, only the one-way length is indivisible; two lengths can be subdivided into two identical one-way lengths.

To be clear, it’s not just Californians, or Americans, or even pool swimmers who define laps this way.

Australian Chloe McCardel’s record Bondi Beach swim in 2011 was described by both Chloe and the journalists covering her as “60 laps” of the beach - with a single lap defined as one end of the beach to the other (approx. 800 meters). 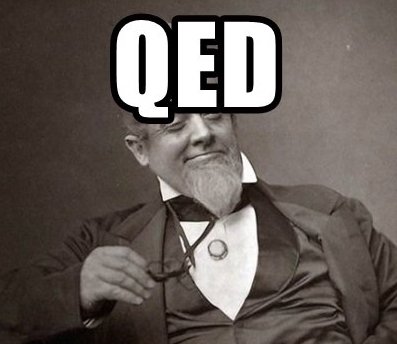